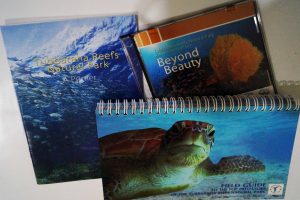 5 November 2015, Puerto Princesa City – The management office of the Tubbataha Reefs Natural Park formally launched at the Provincial Capitol VJR Hall a declaration for Tubbataha as an ASEAN Heritage Park, the very first marine protected area with such distinction in the region.

Gracing the occasion were representatives from the Department of Natural Resources, World Wildlife Fund, non-government organizations and the Palawan Council for Sustainable (PCSD) Staff.

Tubbataha was inscribed in the UNESCO World Heritage List in December 1993. It was listed for its outstanding universal values in terms of natural beauty and as habitat for conservation of biological diversity. Other international recognitions Tubbataha gained are: 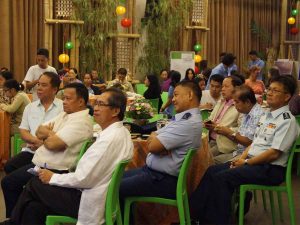 But maintaining Tubbataha’s natural value is big task that requires cooperation from all sectors of society and the international community. Threats and challenges within the 97,030 hectares marine ecosystems include illegal fishing, marine debris, over-abundance of crown-of-thorns causing damage to corals, beach erosion and the effects of climate change.

The work of protecting Tubbataha continues while maintaining vigilance is an imperative task. Close collaborations and partnerships with PCSD and DENR that Co-chaired the Tubbataha protected management (TPAMB) with other organizations are tools in continuously achieving Tubbataha’s recognition with the highest coral diversity in the world.