The Palawan Council for Sustainable Development Staff (PCSDS) – District Management Division (DMD) – North participated in an Information, Education and Communication (IEC) campaign on the importance and protection of Giant Clams locally known as “Taklobo” in Green Island, Barangay Tumarbong, Roxas, Palawan on September 28, 2021. The activity was organized by the Marine Protected Area (MPA) Management Board of Roxas in collaboration with the Aquous Foundation, Barangay officials, and the Philippine Rural Development Project (PRDP-Roxas).

The PCSDS-DMD North staff served as one of the resource speakers in the said activity that was conducted amidst the reports of illegal collection of fossilized Giant Clam Shells (𝘛𝘳𝘪𝘥𝘢𝘤𝘯𝘢 𝘨𝘪𝘨𝘢𝘴) in Green Island Barangay Tumarbong, Roxas, Palawan.

Mr. Marcaida briefly explained the goal of the information campaign, emphasizing that the activity aims to enlighten and raise awareness among residents and fishermen about the existing law that protects the giant clams and their importance to the marine environment. 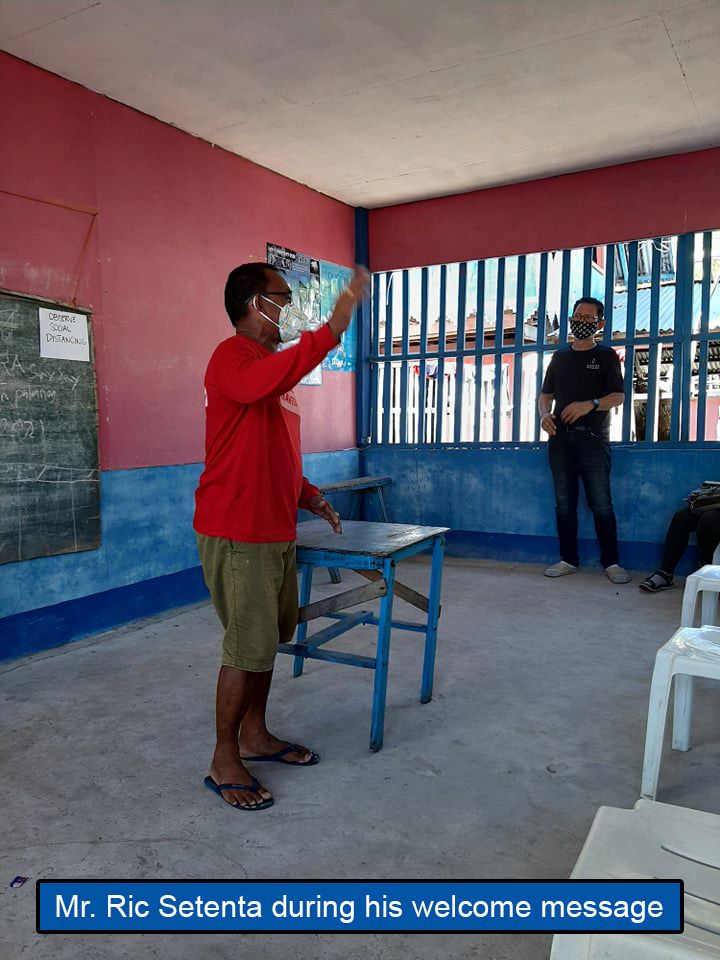 Mr. Eduardo Cabrera, Jr. gave a lecture on Republic Act 9147 (Wildlife Act of the Philippines) and the ecological significance of the Giant Clams. He emphasized that the collection, sale, and trading of giant clam shells are prohibited under RA9147 due to their conservation status as an “Endangered Species” under PCSD Resolution No. 15-521. He also handed out flyers about the “Taklobo.”

Ms. Kathy Sabando of the Philippine Rural Development Project-Roxas then presented the proposed project for the MPA in Barangay Tumarbong, which aimed to conserve and protect the MPA and its marine resources. The project activity includes the restocking of Giant Clam “Taklobo,” specifically Tridacna gigas species, which will be assisted by the UP Marine Science Institute (UPMSI), particularly in technical and legal processes. The implementation will begin as soon as the UPMSI are permitted to travel in the area.

The program capped off with a wrap-up, recap of the presentations, and some reminders. The organizer believes that heightening the awareness of the residents and fishermen in the area will discourage them from getting involved in illegal activities.