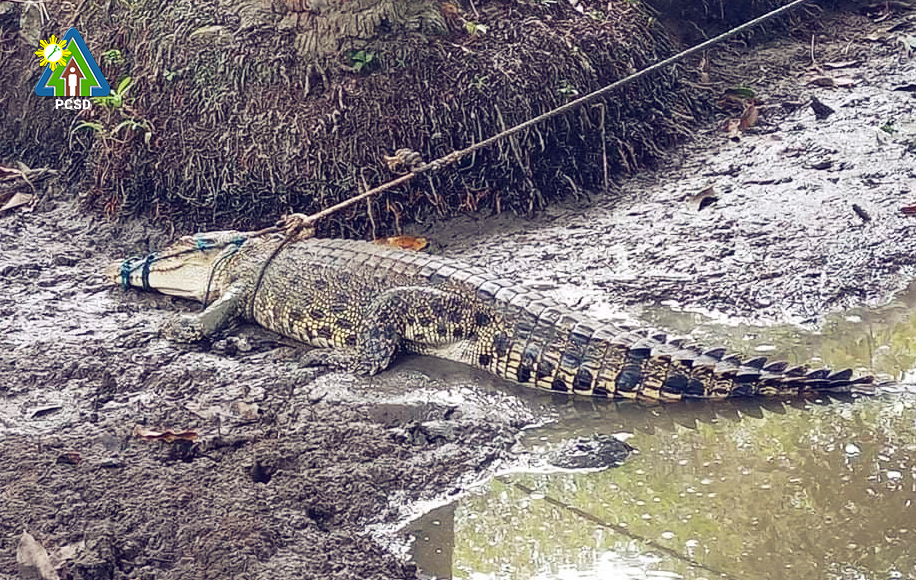 One Saltwater Crocodile (𝘊𝘳𝘰𝘤𝘰𝘥𝘺𝘭𝘶𝘴 𝘱𝘰𝘳𝘶𝘴𝘶𝘴) was retrieved by the Palawan Council for Sustainable Development Staff (PCSDS) after it was reported to the agency by Mr. Ernesio Sonio of Barangay Salang, Balabac on April 8, 2021.

Mr. Sonio narrated that he captured the Saltwater Crocodile in Barangay Salang, Balabac, in a place less than one kilometer from the surrounding community, on the same day at around 7:00 AM. According to him, he seized the crocodile as it had already eaten their goat and piglet. He added that he did such action to prevent the crocodile from possibly devouring other livestock under their care.

The PCSDS together with the PNP Maritime Balabac went to the area to take necessary action regarding the incident. After due diligence of observing the crocodile and its environment, the said wildlife species was brought out of the area and was subsequently released in Balabac at around 2:45 pm.

The crocodile is 6.9 feet long and was put under duress due to the catching incident. It is noteworthy that this month still falls in the breeding season of the crocodiles in Palawan. The PCSDS gives credence to the act of not harming the crocodile but also strongly advises anyone not to capture any crocodile in their place if there is no grave or compelling reason to take such action as stipulated under Section 27 of Republic Act 9147 or the Wildlife Act.

The Saltwater Crocodile is listed as “Critically Endangered species” under PCSD Resolution No. 15-521. If you happen to find any wildlife creature within your vicinity, please report it immediately to our office thru hotline numbers 0935-116-2336 (Globe/TM) and 0948-937-2200 (Smart/TNT). You may also send a message to our Facebook page for your concerns. 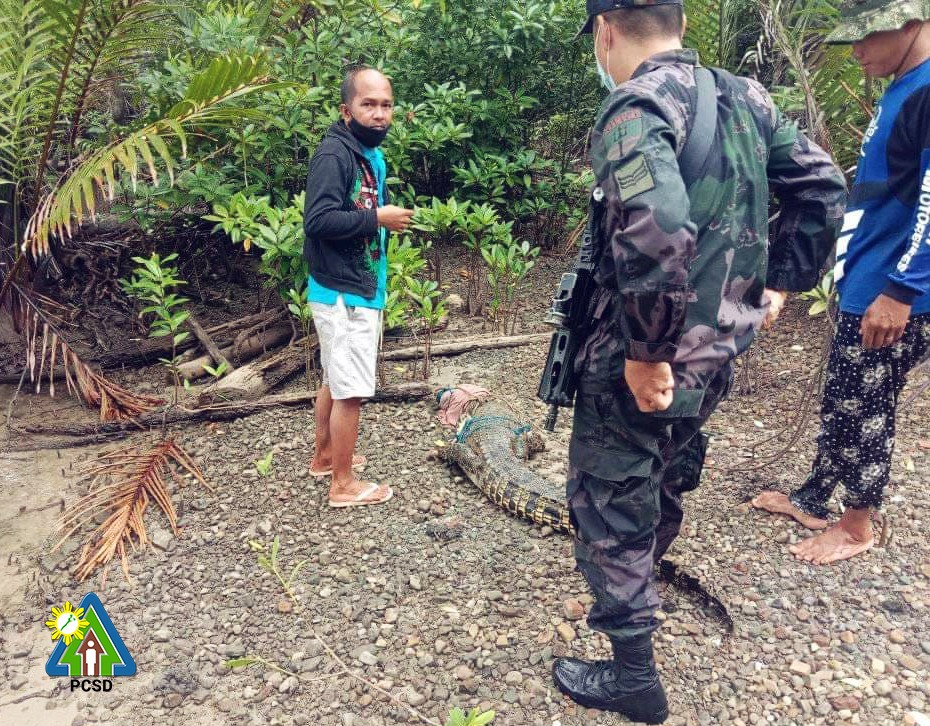 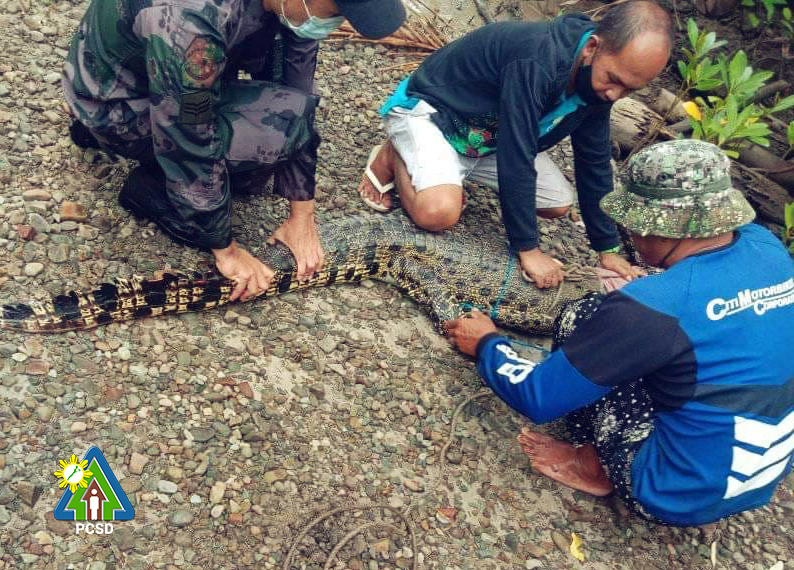 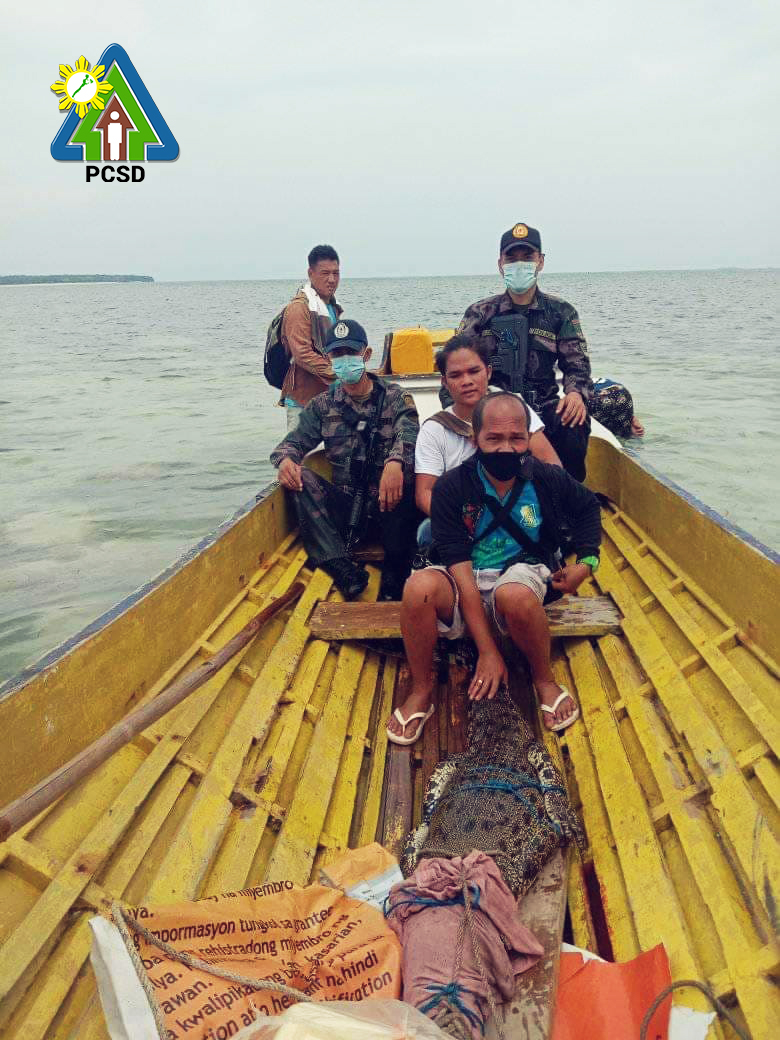