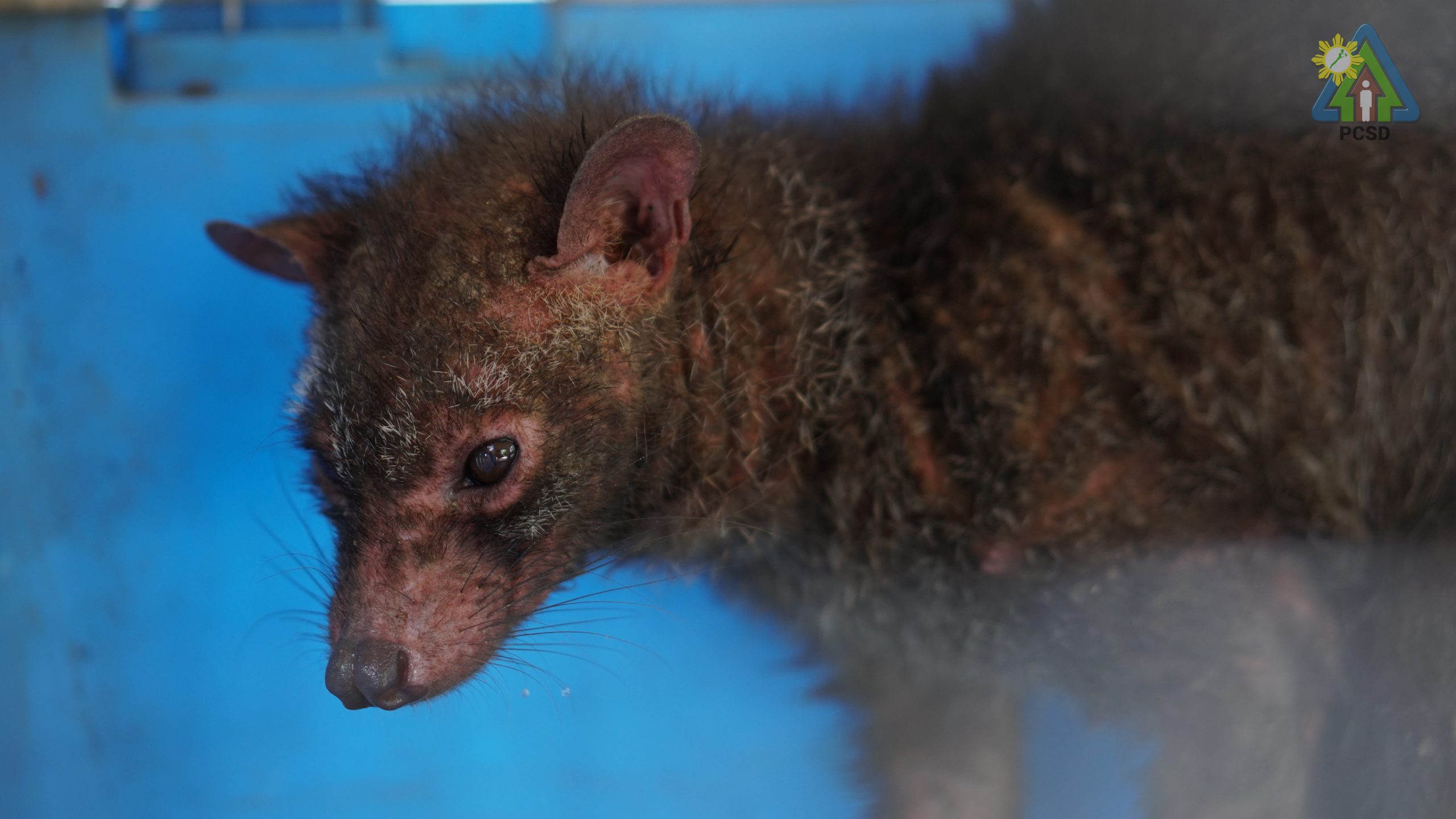 One Philippine Palm Civet (𝘗𝘢𝘳𝘢𝘥𝘰𝘹𝘶𝘳𝘶𝘴 𝘱𝘩𝘪𝘭𝘪𝘱𝘱𝘦𝘯𝘴𝘪𝘴), locally known as Musang, was turned over to the Palawan Council for Sustainable Development Staff on October 25, 2021.

The Musang was sighted at around dawn in Brgy. Tiniguiban, Puerto Princesa City by Ms. Mary Ann Kasidsid and was then given to the tanod members of the same barangay. Mr. Larry Benedicto, one of the tanod members, said that Ms. Kasidsid brought the musang to their office at around 7:00 AM, and was finally turned over to the PCSDS on the same morning. Also according to Mr. Benedicto, the musang has always frequented their community and has always been targeting the chickens of the neighborhood, causing distress to the affected parties.

There are still musangs around their area and Mr. Benedicto has relayed that such may cause further harm to the community as it was feared to attack the children if those were disturbed. Fortunately for now, there are no known reports of attacks related to the Philippine Palm Civet within the province.

The Philippine Palm Civets, known for their consumption of coffee that is converted by excretion of the world’s most expensive coffee (Kopi Luwak), are listed under the “Least Concern” in the IUCN Red List of Threatened Species. Despite this feat, these mammals are hunted for their meat to be used for consumption, especially in Southeast Asia.

The PCSDS highly encourages persons who happen to find or rescue wildlife to turn them over to our office, which can be contacted thru hotline numbers 0935-116-2336 (Globe/TM) and 0948-937-2200 (Smart/TNT). You may also send a message to our Facebook page for your other concerns. 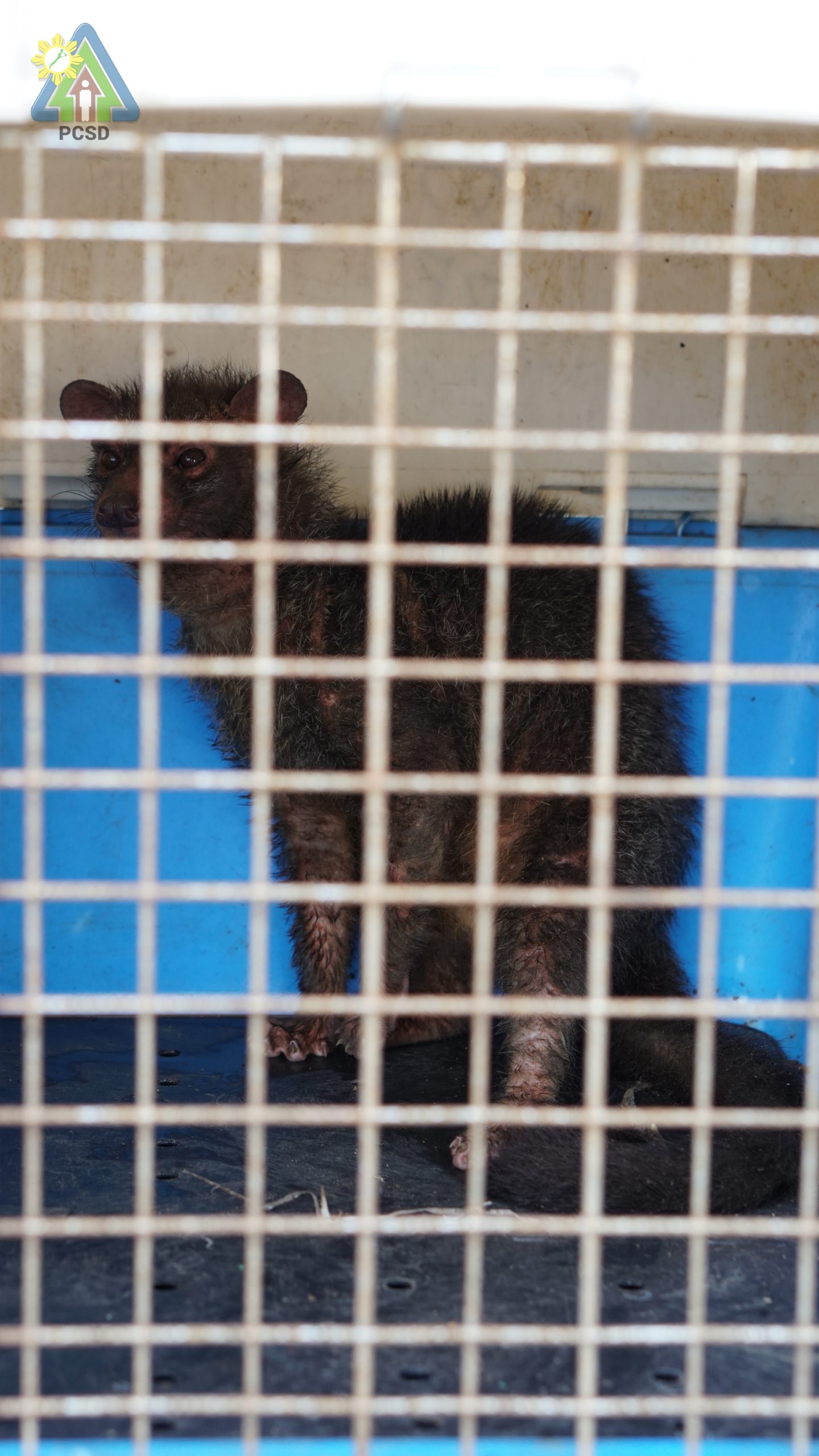