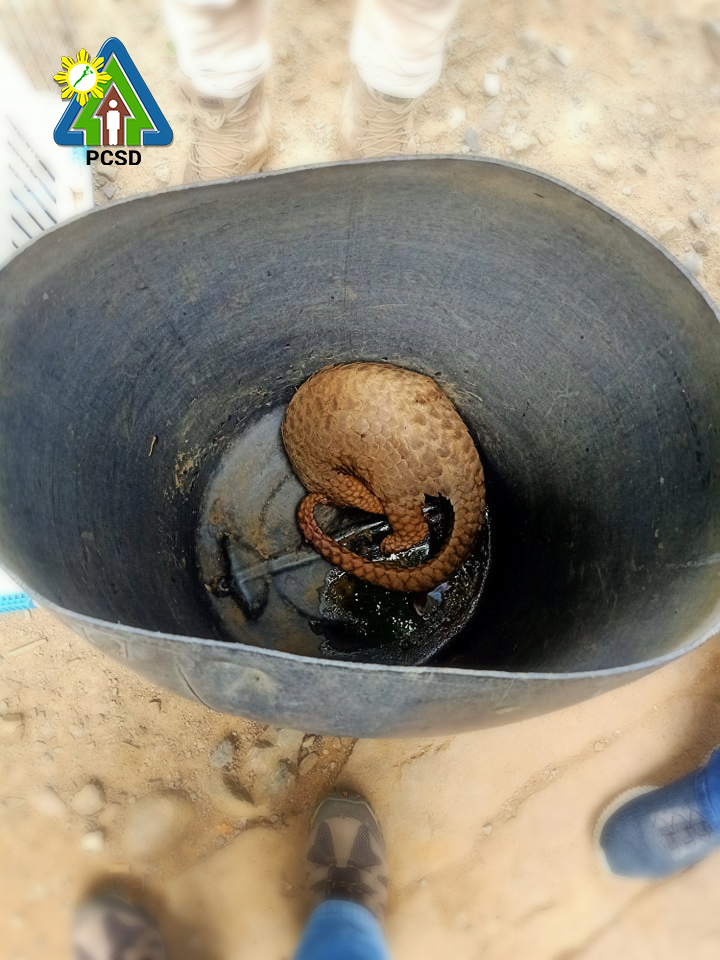 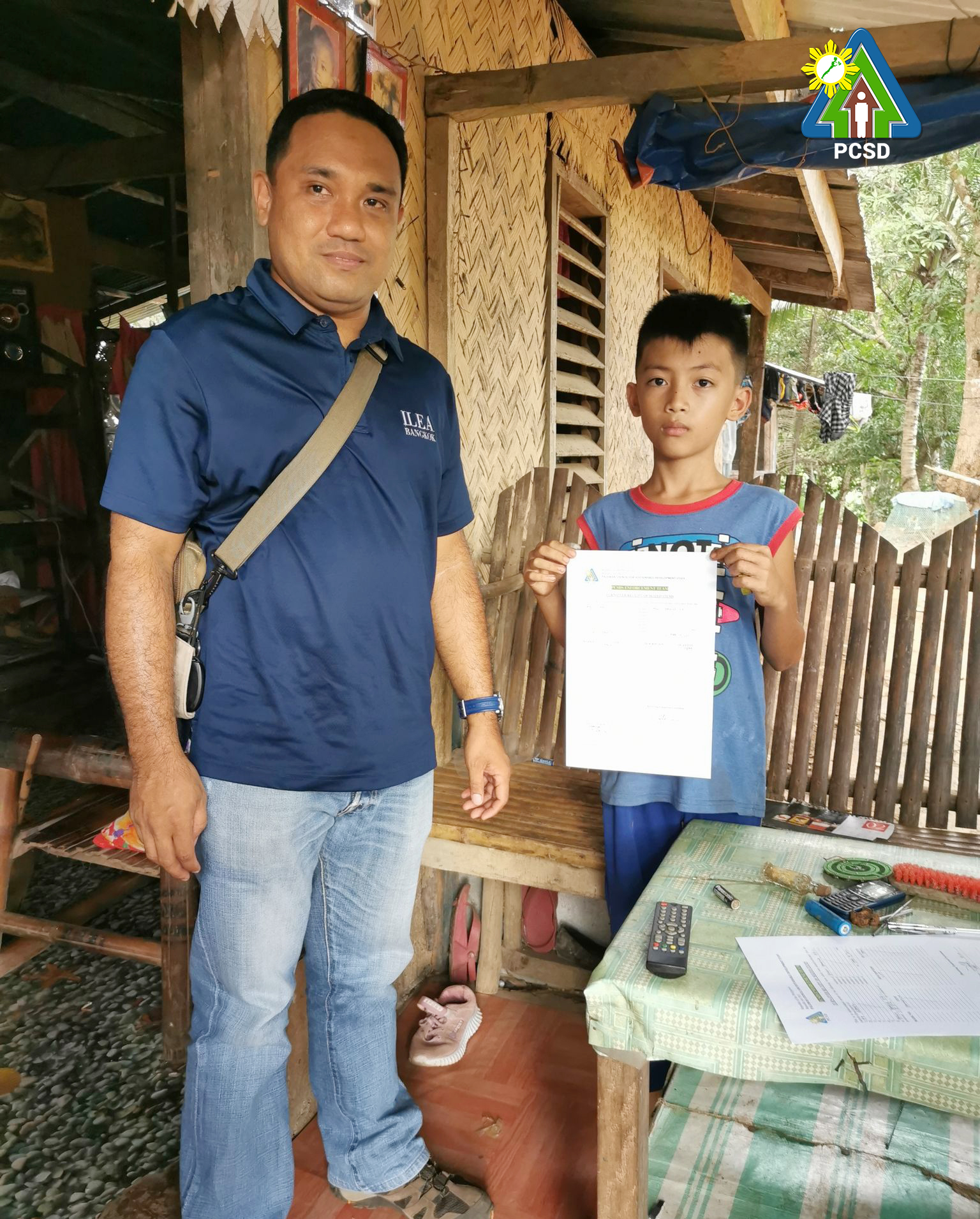 A Pangolin (𝘔𝘢𝘯𝘪𝘴 𝘤𝘶𝘭𝘪𝘰𝘯𝘦𝘯𝘴𝘪𝘴) was turned over to the Palawan Council for Sustainable Development Staff (PCSDS) on February 9, 2021 after it was retrieved by Gian Kurt Gomez of Purok Matahimik, Barangay Bahile, Puerto Princesa City.

According to Mr. Gilbert Gomez, Gian Kurt’s father, the said pangolin was seen crossing the road by his son and his brother while they were traversing the road heading to Ulugan bay on a motorcycle on February 6, 2021.

When certain people found out that a pangolin is under their custody, they wanted to buy the said wildlife only to kill it and sell its scales in the black market. He refused to sell the pangolin to them as he took pity on it and feared that it will only die in their hands just for their ill intentions. Seeing that the wildlife sustained wounds, he immediately contacted a staff of PCSDS to report about the said incident and turn over the said wildlife to the agency.

The Pangolin was brought to the Palawan Wildlife Rescue and Conservation Center (PWRCC) for its rehabilitation. After thorough inspection and evaluation of its health condition, it was released in an undisclosed location in Puerto Princesa.

The Philippine Pangolin is listed as a “Critically Endangered Species” under PCSD Resolution No. 15-521. The PCSDS is urging persons who happen to find or rescue wildlife to turn them over to our office, which can be contacted thru hotline numbers 0935-116-2336 (Globe/TM) and 0948-937-2200 (Smart/TNT). You may also send a message to our Facebook page for your concerns. 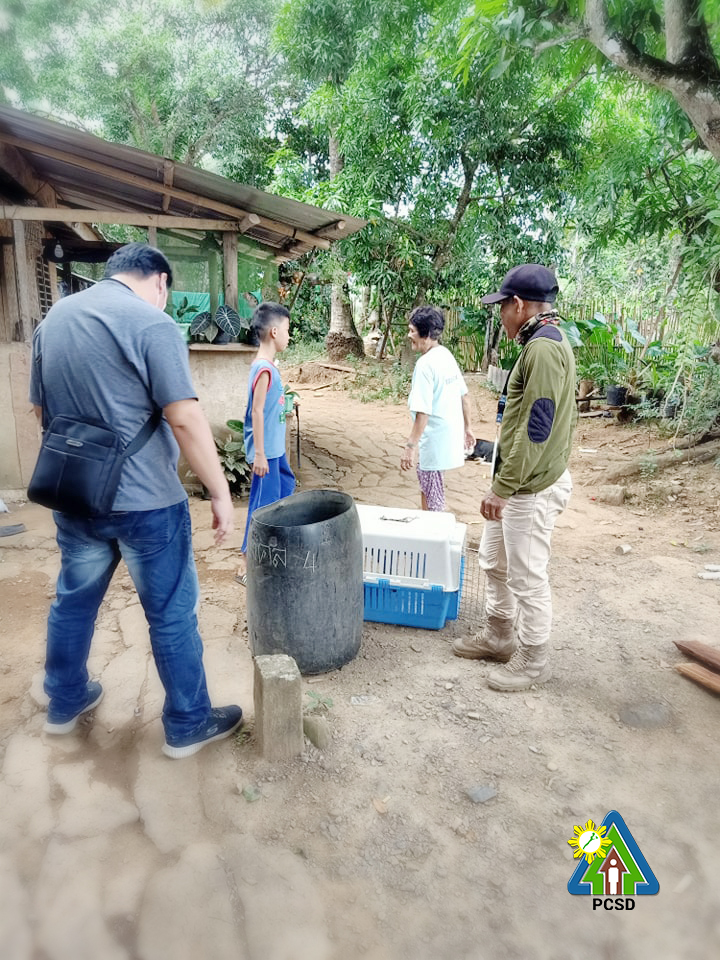 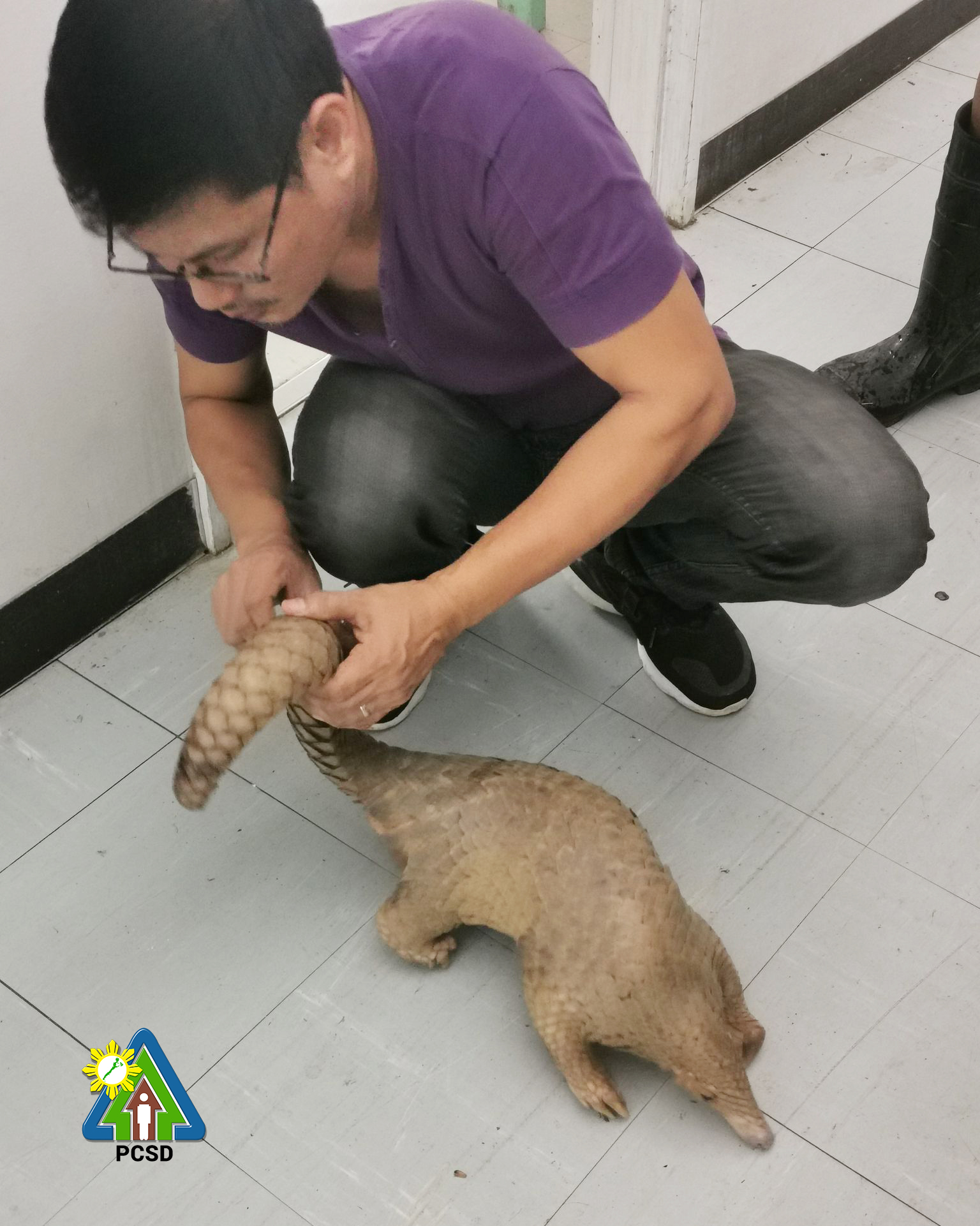