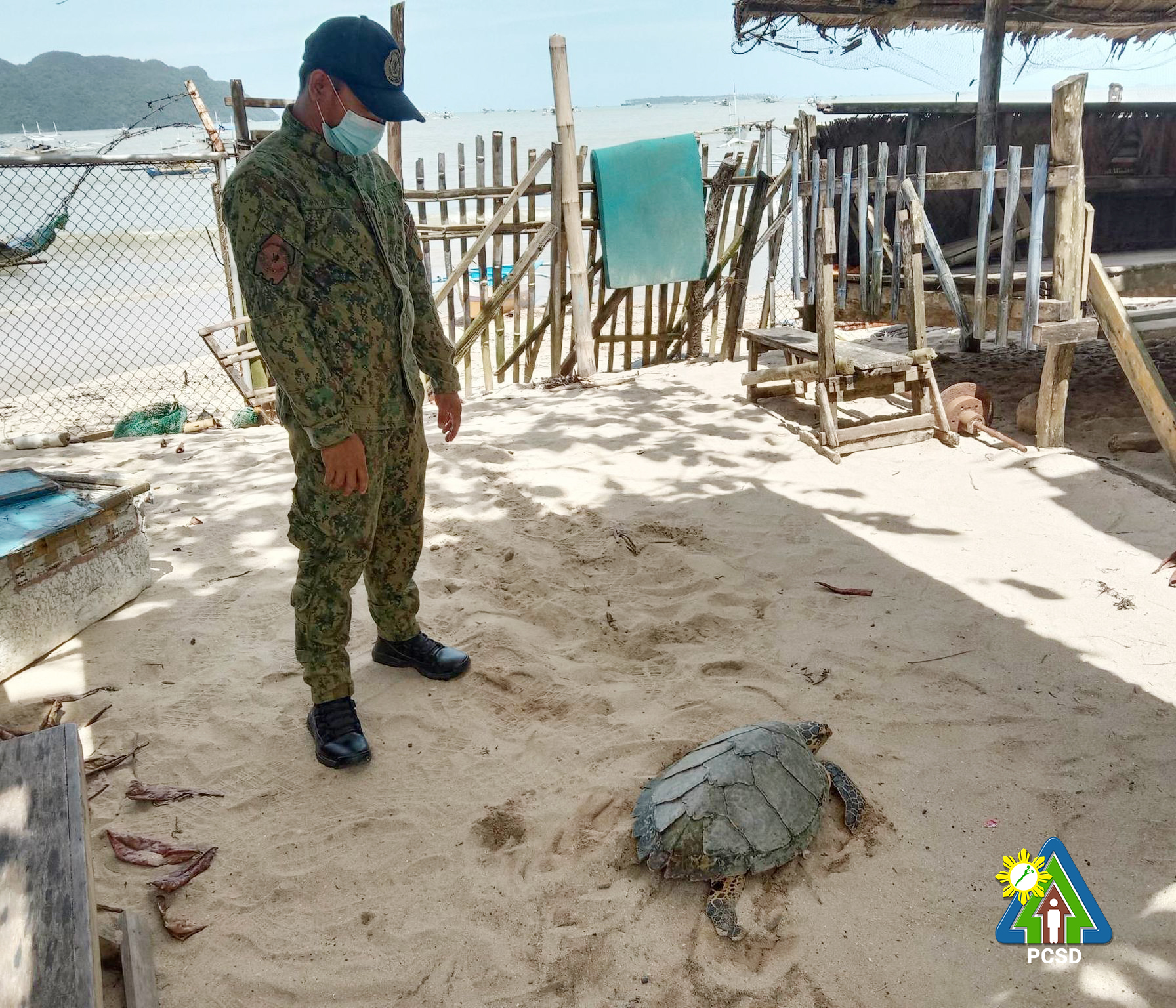 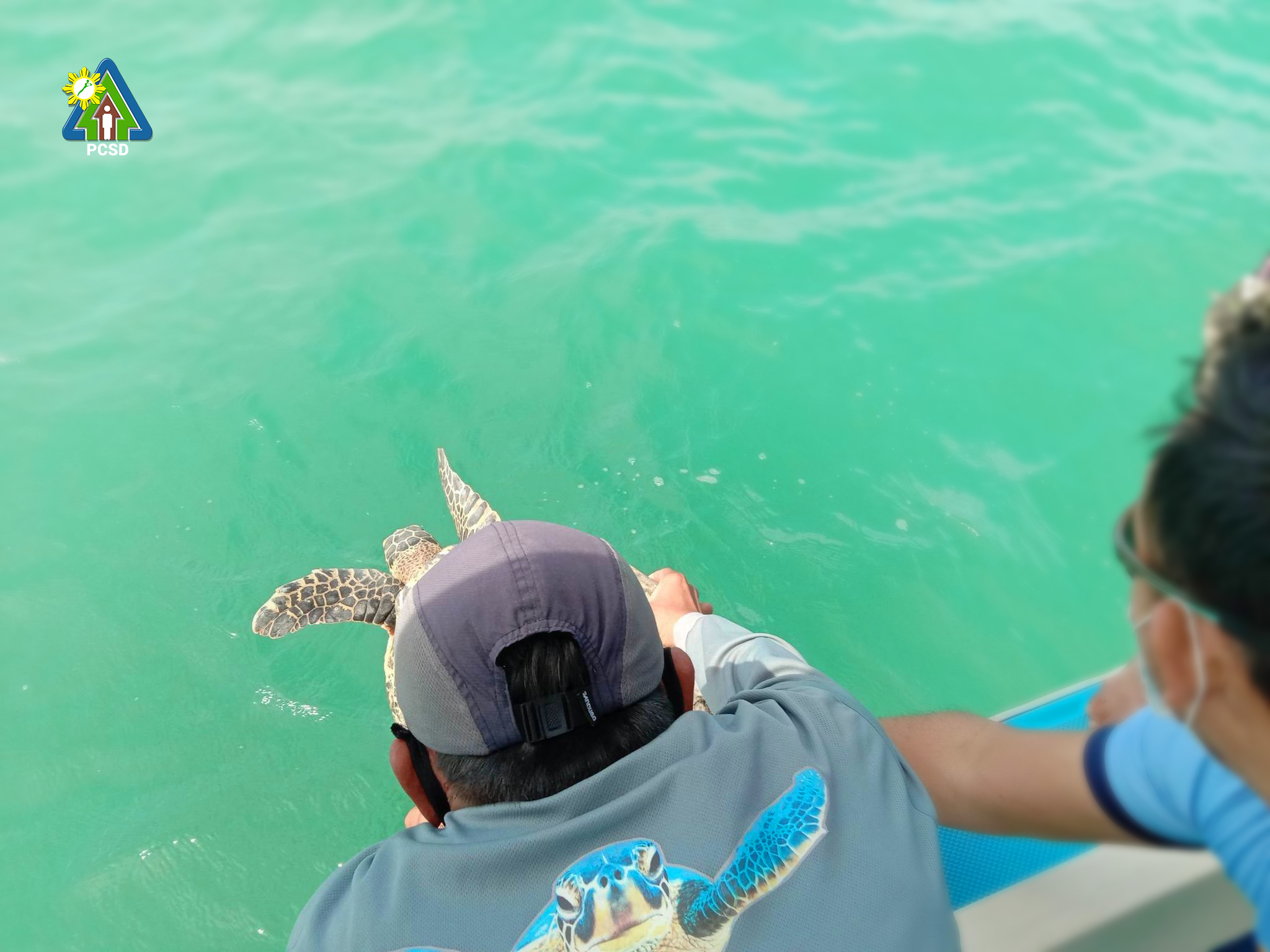 One female Hawksbill Turtle (𝘌𝘳𝘦𝘵𝘮𝘰𝘤𝘩𝘦𝘭𝘺𝘴 𝘪𝘮𝘣𝘳𝘪𝘤𝘢𝘵𝘢) was retrieved by the Palawan Council for Sustainable Development Staff (PCSDS) after it was turned over by PNP Maritime Pssg. Alejo N. Datites on February 20, 2021.

The turtle has a curved carapace length of 50 cms, width of 44 cms, and weighs 10 Kg.
According to Mr. Datites, it was around 11:00 AM of the same day when a certain fisherman from Sitio Sidanao, Barangay Tabon, municipality of Quezon, Palawan handed over the said Hawksbill Turtle to their office. The turtle was caught by the fisherman when it was entangled in his fish net.

He immediately reported the said incident to Mr. Roel Villagracia, a Wildlife Trafficking Monitoring officer of PCSDS who went to their station to verify the report and rescue the turtle. Mr. Villagracia, with the assistance of Mr. Michael Joven, Mr. Aven Rodriguez, Bantay Quezon Danie Balacano, staff of DENR Quezon, BFAR personnel and PNP Maritime Pssg. Alejo N.Datites, released the said turtle back to the sea at 1:30 PM on the same day in an undisclosed location in Quezon, Palawan.

The Hawksbill Turtle is listed as “Critically Endangered” species under PCSD Resolution No. 15-521. The PCSDS is urging persons who happen to find or rescue wildlife creatures to turn them over to their office, which can be contacted thru hotline numbers 0935-116-2336 (Globe/TM) and 0948-937-2200 (Smart/TNT). You may also send a message to their Facebook page for your concerns. 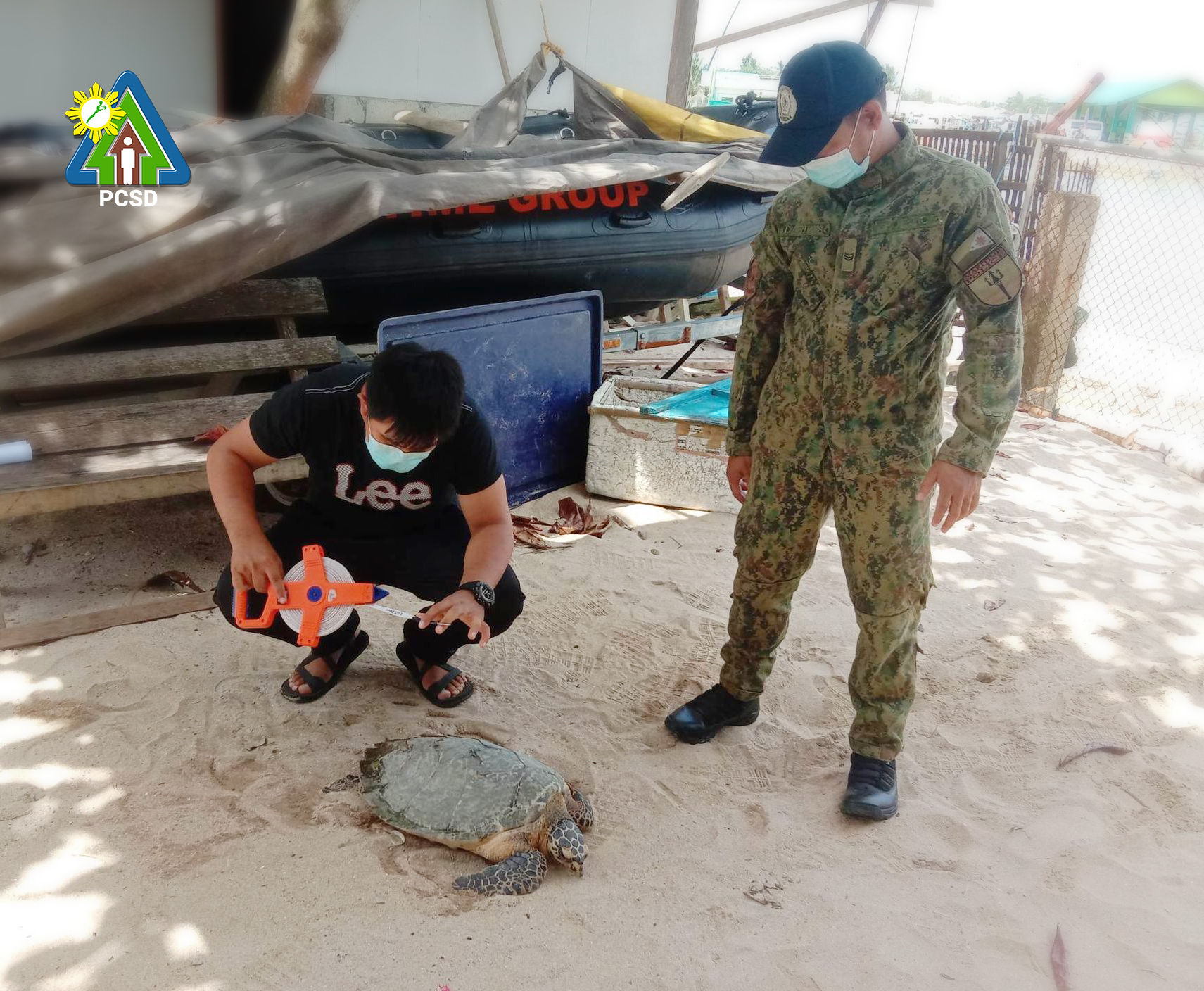