“Lack of understanding on the importance of biodiversity, weak resource management and governance mechanisms, lack of political will, insufficient enforcement of environmental laws, conflicting government, lack of ecological expertise in decision-making, lack of conservation knowledge and expertise, and lack of sustainable livelihood for local stakeholders.” 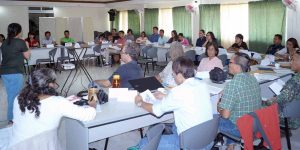 Although the PCSD is seriously implementing R.A 9147 among other conservation organizations active in Palawan, gaps in the conservation of ecosystems and species still persist. 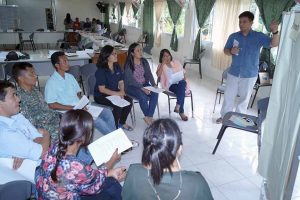 Some of the obvious knowledge gaps which hamper effective wildlife management and conservation in Palawan include: 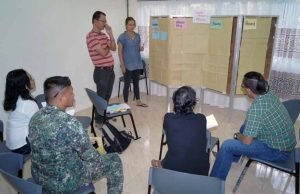 Deforestation in the province remains a problem while losses in other ecosystem types, like wetlands and open woodlands largely remain undocumented. Number of globally threatened species in Palawan remains high or is even increasing (IUCN 2014).

PCSD data of confiscated Palawan wildlife has increased in 2014 compared to the previous three years. In 2013, the municipalities of El Nido, Taytay, Roxas, Brooke’s Point, Rizal, Quezon, Bataraza, Balabac, and Coron were recorded to have high illegal trading activities. These continuing pressures on wildlife populations and their habitats should be addressed by developing a comprehensive Wildlife Management Program for Palawan involving all stakeholders and ensuring their participation and commitment in the implementation of the WILD-PRO-DEV. 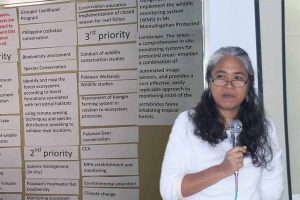 In collaboration with the the academe, local government units and non-government organizations, the program will develop a strategic paper for the establishment of a wildlife management program of Palawan province, which will enable key-stakeholders to develop other relevant proposals. [eee report]