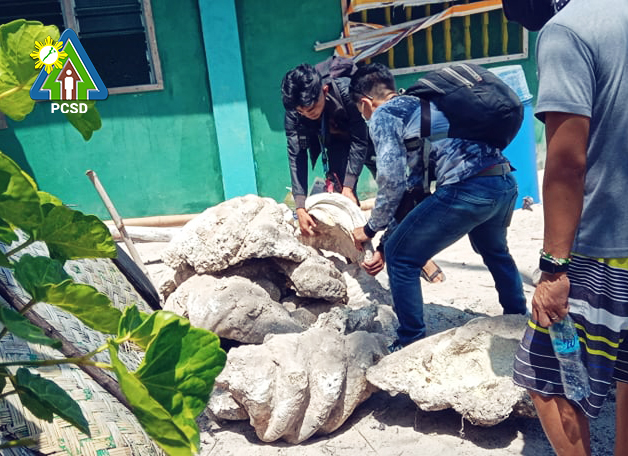 During the operation, the team discovered the piles of fossilized Giant Clam shells on the shore while some were submerged in seawater. Upon further investigation, it was found out that the personalities alleged to be involved in such collection and trade of the abovementioned fossilized Giant Clam Shells in Green Island, Roxas, Palawan are Mr. Rodolfo Rabesa, Mr. Rey Cuyos, Mr. Julius Molejon and Mr. Erwin Miagao.

Appropriate charges were filed against these persons involved in the violation of R.A. 9147 or the “Wildlife Resources Conservation and Protection Act.” This apprehension is one of the biggest in terms of scale for this year. The PCSDS is reiterating its call to our local fisherfolks and communities that collection and trade of threatened species of terrestrial and marine wildlife is prohibited under Republic Act 9147 (Wildlife Act).

The Giant Clam or locally known as “Taklobo” is listed in Appendix II of the Convention on International Trade in Endangered Species of Wild Fauna and Flora (CITES). It is also listed as “Endangered Species” under PCSD Resolution No. 15-521.

Under section 27 of RA 9147 or the “Wildlife Resources Conservation and Protection Act, collecting, hunting or possessing of endangered wildlife, their by-products and derivatives are prohibited. The penalty for such acts involves imprisonment of one year and one day to two years and a fine of Twenty thousand pesos (P20,000.00) to Two hundred thousand pesos (P200,000.00), if inflicted or undertaken against such endangered species. 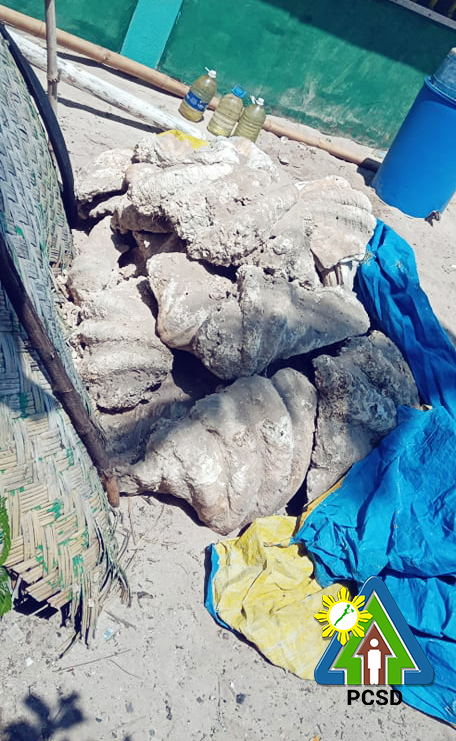