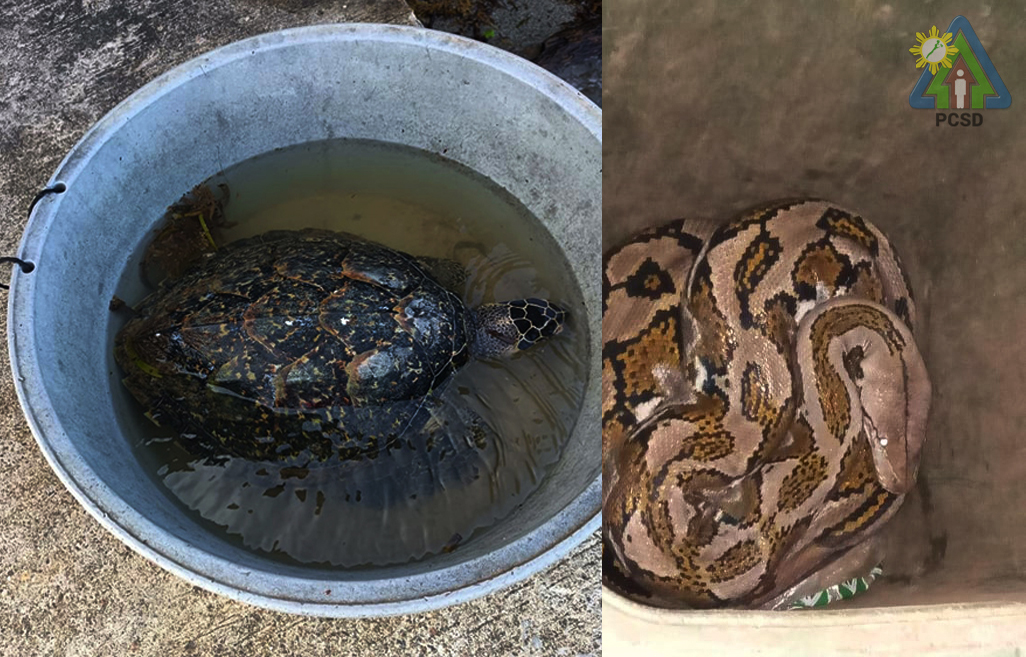 One Reticulated Python (𝘔𝘢𝘭𝘢𝘺𝘰𝘱𝘺𝘵𝘩𝘰𝘯 𝘳𝘦𝘵𝘪𝘤𝘶𝘭𝘢𝘵𝘶𝘴) and one Hawksbill Turtle (𝘌𝘳𝘦𝘵𝘮𝘰𝘤𝘩𝘦𝘭𝘺𝘴 𝘪𝘮𝘣𝘳𝘪𝘤𝘢𝘵𝘢) were retrieved in Puerto Princesa City and Taytay, Palawan on February 24 and February 25, 2022, respectively. 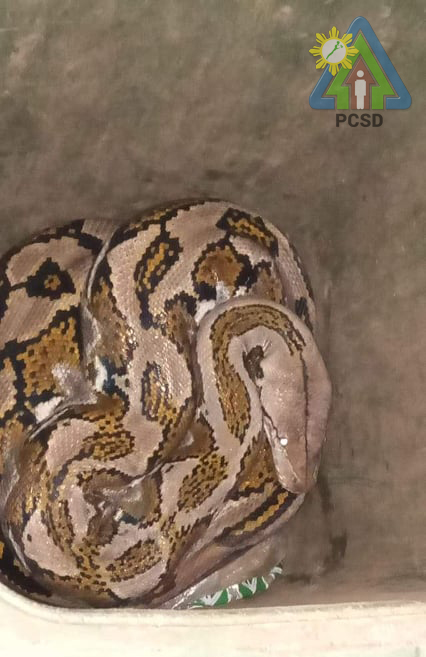 The Reticulated Python was turned over by Mr. Ruben Bajao of the Puerto Princesa City Anti-Crime Task Force to the Palawan Council for Sustainable Development Staff (PCSDS) on February 24, 2022.

The Anti-Crime Task Force Office reported the incident to the PCSDS Enforcement Unit and prompted the latter to retrieve the snake.

The snake was health-checked by Dr. Glenn Rebong of the Palawan Wildlife Rescue and Conservation Center (PWRCC) and was released back to its natural habitat on the same day. 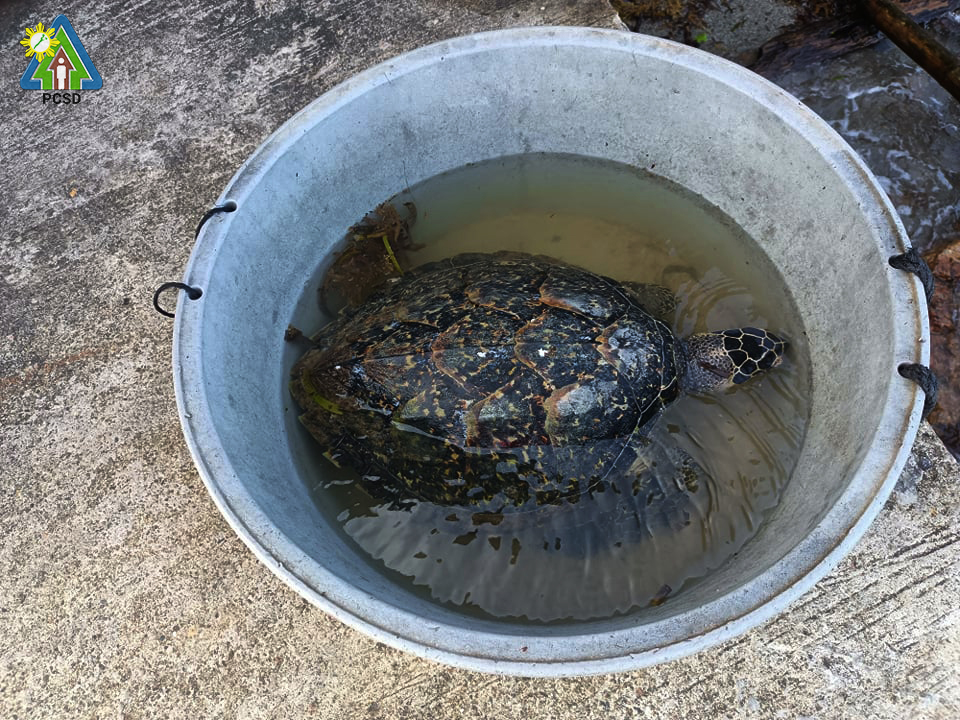 The following day, February 25, 2022, a Hawksbill Turtle was reported stranded in Taytay, Palawan. With the assistance of Coast Guard officers, the said turtle was rescued by Ms. Alona Valdez and Ms. Michalle Baylon, residents of the said municipality. 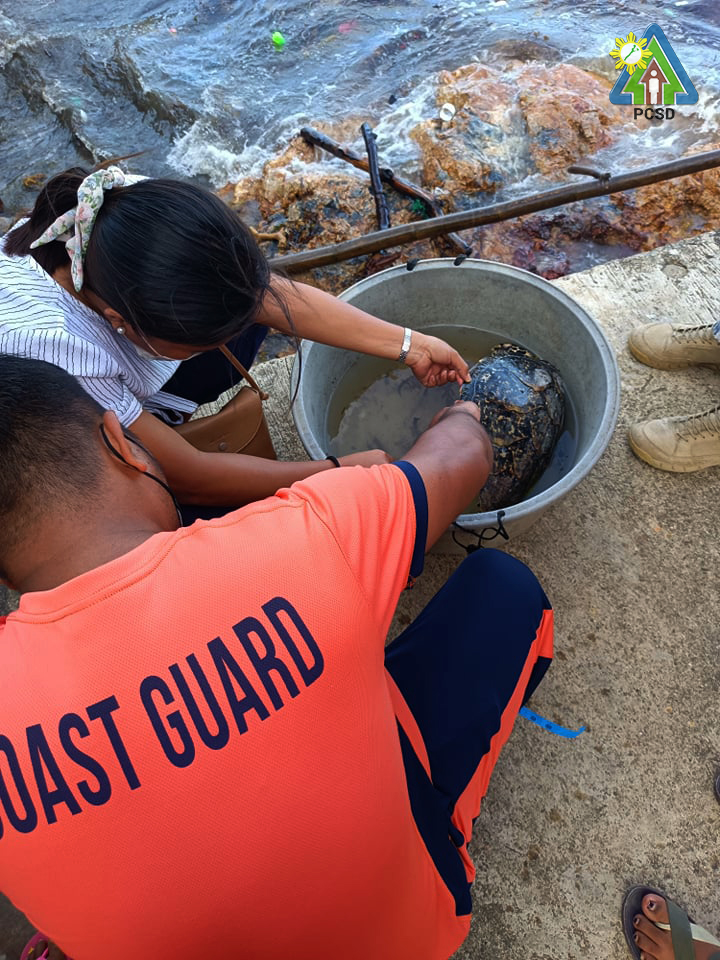 Based on the observation of DENR-CENRO Taytay, the turtle had no open wounds, was unresponsive, and was bleeding from its mouth. Unfortunately, it expired on the same day.

The Reticulated Python measures more or less 4-5 meters in length. The Hawksbill Turtle has a length of 40cm and a width of 37 cm.

The PCSDS is urging persons who happen to find or rescue wildlife to turn them over to our office, which can be contacted thru hotline numbers 0935-116-2336 (Globe/TM) and 0948-937-2200 (Smart/TNT). You may also send a message to our Facebook page for your other concerns.