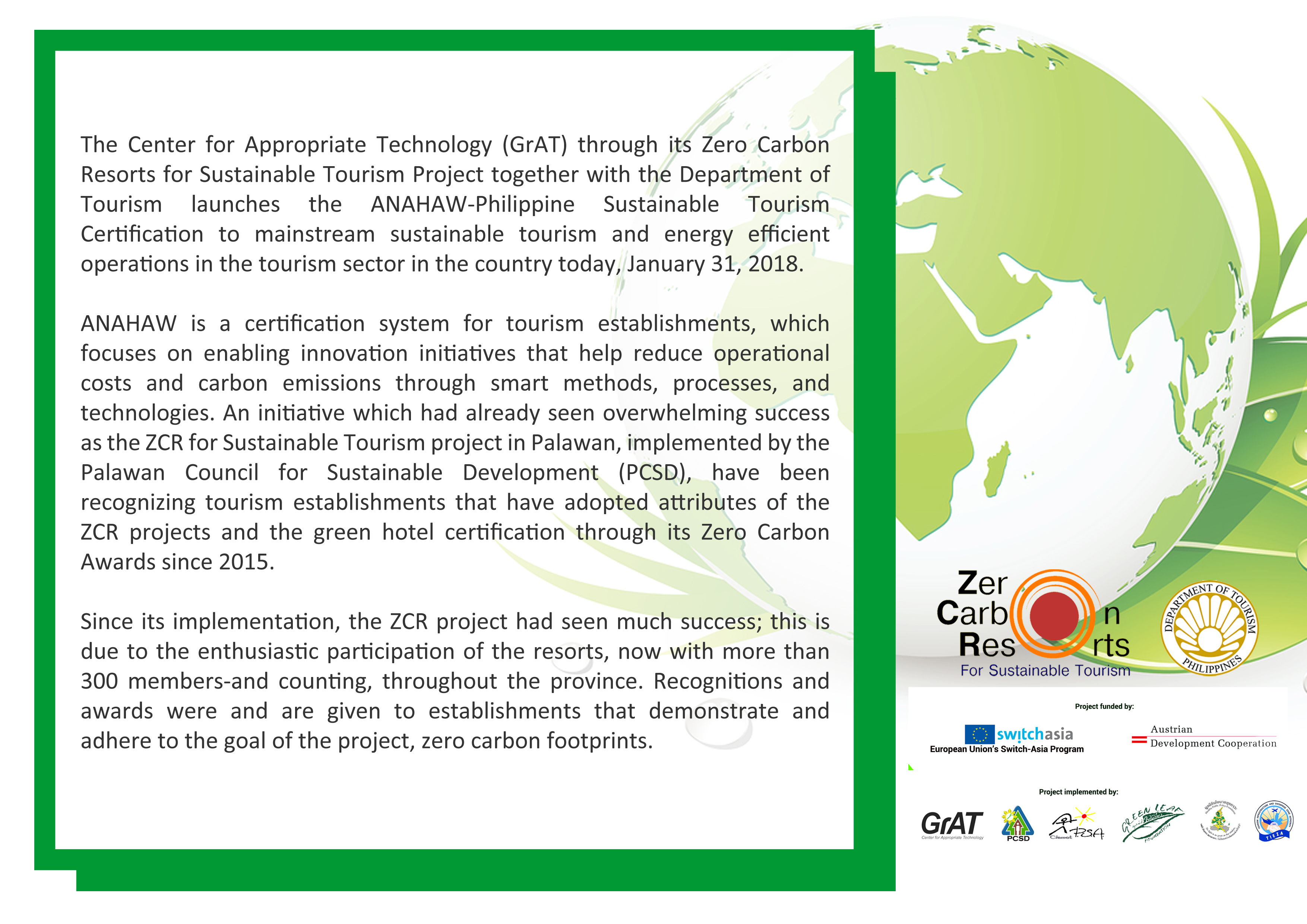 The Center for Appropriate Technology (GrAT) through its Zero Carbon Resorts for Sustainable Tourism Project together with the Department of Tourism launches the ANAHAW-Philippine Sustainable Tourism Certification to mainstream sustainable tourism and energy efficient operations in the tourism sector in the country today, January 31, 2018. ANAHAW is a certification system for tourism establishments, which focuses on enabling innovation  initiatives that help reduce operational costs and carbon emissions through smart methods, processes, and technologies.
An initiative which had already seen overwhelming success as the ZCR for Sustainable Tourism project in Palawan, implemented by the Palawan Council for Sustainable Development (PCSD), have been recognizing tourism establishments that have adopted attributes of the ZCR projects and the green hotel certification through its Zero Carbon Awards since 2015.
Since its implementation, the ZCR project had seen much success; this is due to the enthusiastic participation of the resorts, now with more than 300 members-and counting, throughout the province.
Recognitions and awards were and are given to establishments that demonstrate and adhere to the goal of the project, zero carbon footprints.
www.pcsd.gov.ph
We use cookies on our website to give you the most relevant experience by remembering your preferences and repeat visits. By clicking “Accept”, you consent to the use of ALL the cookies.
Cookie settingsACCEPT
Manage consent